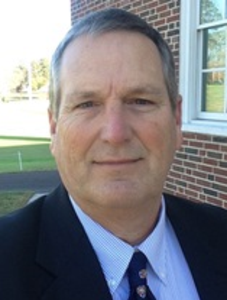 Billy Catron is now in his 11th season on the Hampden-Sydney Baseball coaching staff. Catron brings 27 years of coaching experience to the Tiger squad, having won multiple state and region titles during his successful prep tenure.

Catron coached for 25 years at Randolph-Henry High School in Charlotte County, 13 of those seasons as the head coach. His teams won 199 games in those 13 seasons with an average of 15.3 wins-per-year. He is the owner of two VHSL Group A State Championship rings and three Region B crowns. Catron was named VHSL Group A Coach of the Year in both 2002 and 2005.

Aside from his coaching duties at Randolph-Henry, Catron served as the Science Department Chair at the high school while teaching AP Biology and Human Anatomy. He retired in 2013 after 30 years of classroom teaching.

Catron was a three-year player at Liberty (Bedford) High School from 1975-1977 where he helped captured a Group AA State Championship. Catron went on to compete at Ferrum Junior College before joining the squad at nearby Longwood College in 1981 and 1982. While at Longwood, Catron participated in the 1982 NCAA Division II World Series in Los Angeles, California. He is a recent 2016 Inductee in the Longwood University Athletics Fall of Fame as a member of the 1982 Lancers team that won 31 games that season.

A native of Bedford, Virginia, Catron now resides in Keysville with his wife of 34 years, Joanne, and have three children, Sam (31), Scott (27) and Anne (26) as well as a grandson, William Hatchet, and a granddaughter, Nola Ryan.